Where my Inspiration came from... 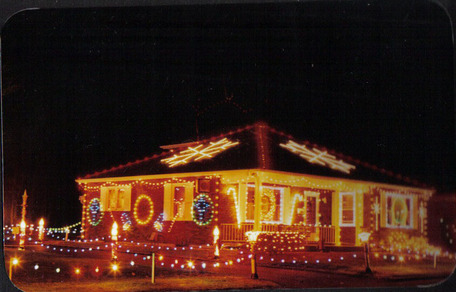 Frank's display in 1986.
Hello everyone,

Ever since I was little my parents would take my sisters and I down to a display on Walnut Street. For those of you that live in the area you already know what I’m talking about. We went every year and every year his display would get better and better. After seeing his display of lights, I said to myself “I’d like to be able to do this someday.”

Frank Weihrauch (pronounced wire-rock), was the creator of the display. He owned his own electronics shop which was located in the back of his property. He could fix anything. He was an electronics genius. He did pretty much everything but synchronize his lights to music while he was doing all of this. That was one thing he was looking into though. He passed away in November of 2006 at the age of 65. I got to talk to him a few times over the phone and a few times in person before he passed away which was nice. He was very interesting to talk to. Frank knew about these houses that synchronize lights to music. And that’s just what I got into in 2010.

Frank and his wife started in a rental property that the landlord allowed for him to decorate. Later on, he and his wife purchased their house on Walnut Street which is where the historic landmark Christmas display was set up year after year. His last large display was in 2000 and the last time he set up any lights on his house was in the year 2001.

One of his helpers who used to help set up the display, Ed, got most all the lights. However, I got an email with a phone number in it after I was featured in the local newspaper back in 2010. It said “call me about some of Frank’s lights.” After I picked my jaw up off the floor and I called Ed.

All of these pictures are from a scrapbook the youngest of Frank’s 3 daughters put together. Mrs. Weihrauch allowed me to borrow the book to look at the different pictures and to scan them into my computer. They didn’t take pictures every year he did the display but most of the years that he did it as it was pretty much the same every year with a few new additions here and there.

I thank Frank for your inspiration and my you rest in peace. Thank you Mrs. Weihrauch and Ed for allowing me to have some of what inspired me to do what I do today. It is such an honor to have some of Frank’s display items. I look forward to taking Frank’s display elements into the 21st century and eventually converting everything over to LED as Mrs. Weihrauch told me that’s what Frank would be doing by now anyway.

Here is the link an album I put together on my FaceBook page of his display from Mrs. Weihrauch's book.

I also composed the pictures into a video slideshow here.

Also, at the bottom of this page is a picture slideshow you can go through yourself and see pictures of the different displays Frank put together.

I hope all of you enjoy the pictures! 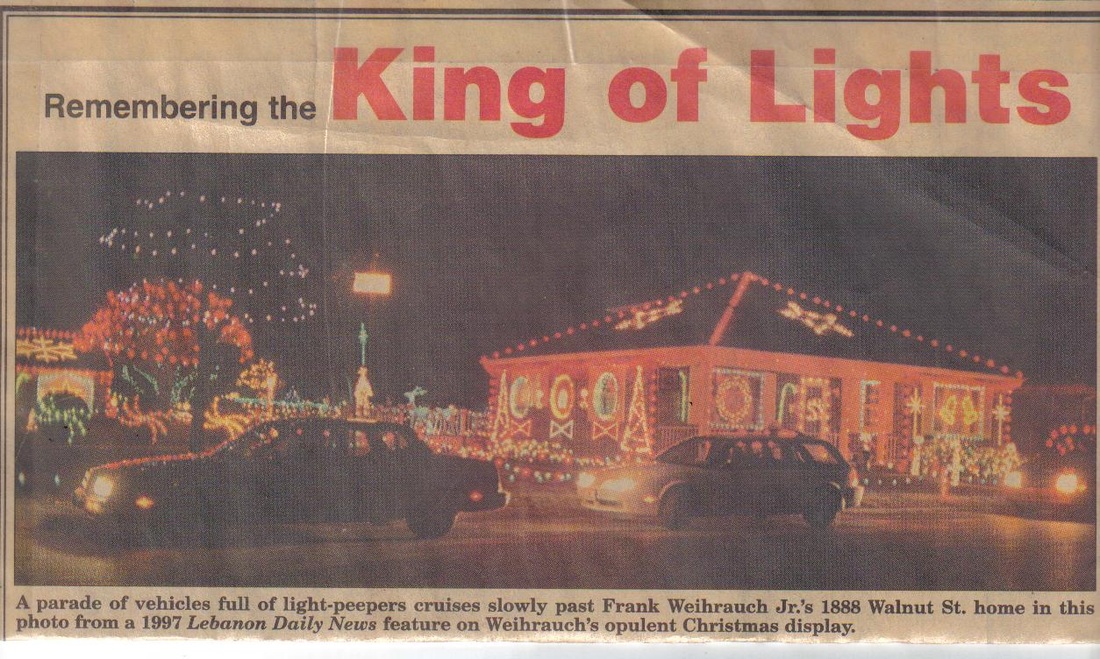 An article from the Lebanon Daily News in November of 2006, remembering Frank's light display. It was on the front page of the paper, where Frank's display was always featured every year around the Christmas season 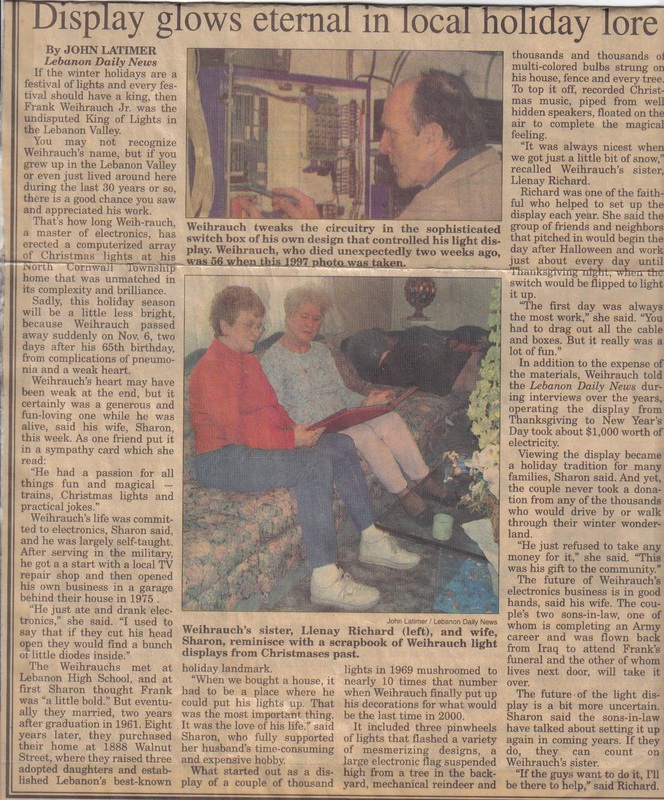 The article from the newspaper in 2006. 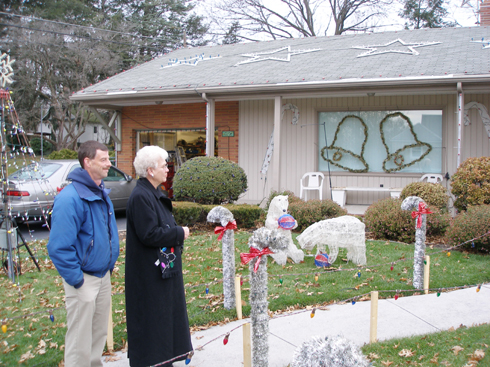 Below are some pictures of some of Frank's display items I now have to use in my own Christmas display.

Below is a picture slideshow from Frank's different light displays throughout the years.